In these dark rooms my days are burdensome;
and restlessly I wander to and fro
seeking the windows. — For relief will come
if one of them wide open I should throw. —
But none is to be found, or I explore
incapably. And, haply, better so.
Perhaps the light will be one trouble more.
Who knows what novel things the light will show.

In these dark rooms where I live out
empty days, I circle back and forth
trying to find the windows.
It will be a great relief when a window opens.
But the windows are not there to be found—
or at least I cannot find them. And perhaps
it is better that I don’t find them.
Perhaps the light will prove another tyranny.
Who knows what new things it will expose?

(C.P. Cavafy, Collected Poems. Translated by Edmund Keeley and Philip Sherrard. Edited by George Savidis. Revised Edition. Princeton University Press, 1992)
.. .. .. ..
(Constantine Petrou Photiades Cavafy (as he wanted the family name to be spelled in English), son of Peter-John Ioannou Cavafy and Charicleia Georgaki Photiades, was born in Alexandria on 29 April 1863.Cavafy was introduced to the English-speaking public in 1919 by his friend E.M Forster, who used translations of selected poems by George Valassopoulo. There have been numerous translations of the Canon over the years.Cavafy developed a unique method for publishing his poems. He never published a collection in book form, and refused at least two such offers (one for a Greek edition and one for an English). He opted to publish his poems in newspapers, periodicals and annuals, then printing them privately in broadsheets, which he would collate in makeshift collections for any interested party. The first volume of the 154 poems which comprise his poetic Canon (he had repudiated 27 early poems) was published posthumously in Alexandria, edited by Rika Singhopoulo. This same collection was first published in Greece in 1948 by Ikaros Publishing, and was issued again by the same publisher in 1963, edited and annotated by G.P. Savidis, who first adopted the thematic sequence advocated by Cavafy.)
From cavafy.com the official website 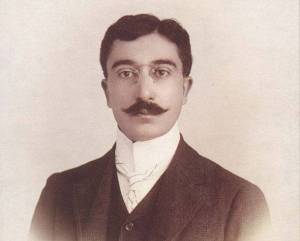